Let Georgia provide the very best pecans and pecan products for you! Georgia growers can ship products to meet any need in the food service or retail industry. Suppliers can also cater to specialty needs such as kosher and organic. We want to help bring the best pecans to your consumers!
E - Export • R - Retail • I - In-Shell • M - Meats/Kernels • O - Organic • K - Kosher • F - Fundraising

Pecans - the only Native American tree nut - have been a tasty favorite for centuries. Pecans have a rich history that goes back hundreds of years, but recent history is redefining how people think about those delicious tree nuts. Research conducted over the past decade has confirmed that pecans can be a healthy addition to your diet. Below are summaries of landmark research studies confirming the health benefits associated with eating a diet rich in pecans.

New research, published in the August 2006 issue of Nutrition Research, shows that adding just a handful of pecans to your diet each day may help inhibit unwanted oxidation of blood lipids, thus helping prevent coronary heart disease. The researchers suggest that this positive effect was in part due to the pecans’ significant content of vitamin E – a natural antioxidant. Pecans contain different forms of vitamin E, which protects blood lipids from oxidation. Oxidation of lipids in the body - a process akin to rusting – is detrimental to health. When the "bad" (LDL) cholesterol becomes oxidized, it is more likely to build up and result in clogged arteries.
In the laboratory analysis of blood samples from the research subjects, Dr. Haddad's team found that the diets enriched with pecans significantly reduced lipid oxidation (by 7.4 percent) versus the Step I diet. Oxidation levels were evaluated using the TBARS test, which measures oxidation products. The researchers also found that blood levels of tocopherols were higher after participants were on the pecan diet. Cholesterol-adjusted plasma gamma-tocopherol in the study participants' blood samples increased by 10.1 percent (P < .001) after eating the healthy pecan diet. The researchers concluded that these data provide some evidence for potential protective effects of pecan consumption in healthy individuals.
In addition, landmark research published in the Journal of Agriculture and Food Chemistry (June 2004) found that pecans rank highest among all nuts and are among the top category of foods to contain the highest antioxidant capacity, meaning pecans may decrease the risk of cancer, coronary heart disease, and neurological diseases such as Alzheimer’s.
Using a method that has proven to be a good indicator of the total antioxidant capacity (TAC) of foods called ORAC (Oxygen Radical Absorbance Capacity), researchers measured the antioxidant capacity of nuts among 100 commonly consumed healthy foods and snacks, including different types of nuts, and determined pecans have more antioxidant capacity than walnuts, hazelnuts, pistachios, almonds, peanuts and cashews. Numerous other studies have also shown that phytochemicals, like those found in pecans, act like natural antioxidants and may have a protective effect against certain diseases, such as various cancers and coronary heart disease. 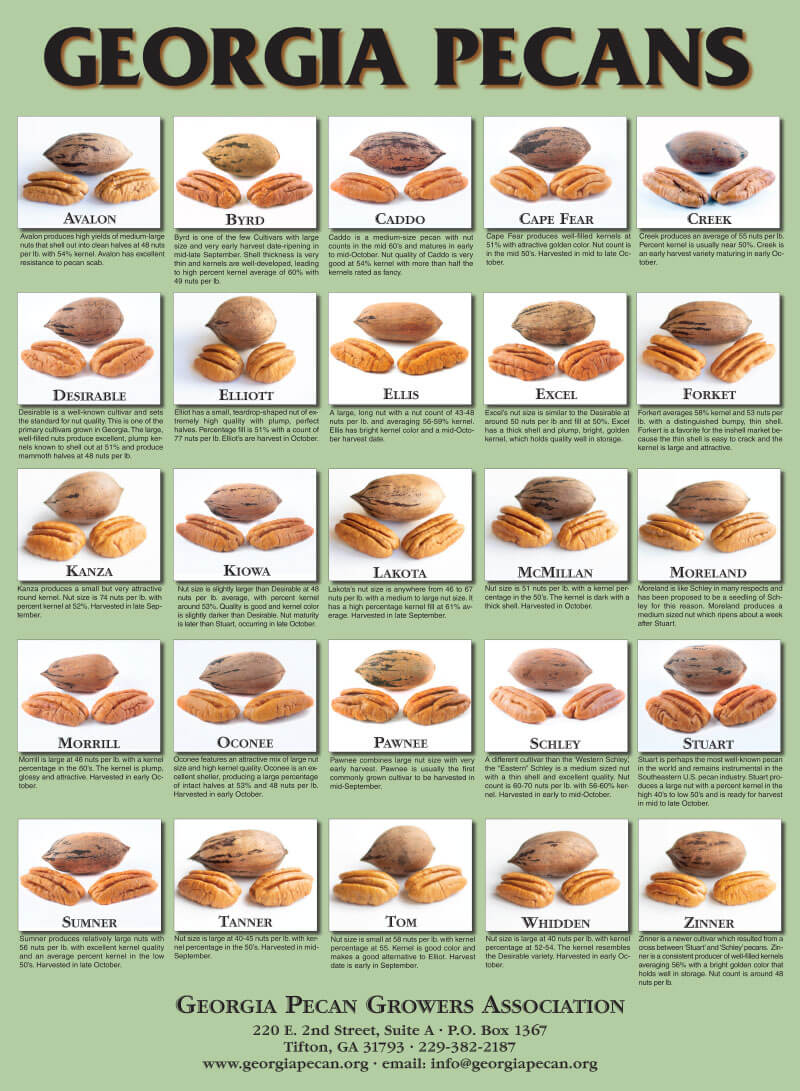 Pecans also play a role in lowering cholesterol. Clinical research published in the Journal of Nutrition (September 2001) compared the Step I diet (28 percent fat), recommended by the American Heart Association for individuals with high cholesterol levels, to a pecan-enriched (40 percent fat) diet. The results showed the pecan-enriched diet lowered total cholesterol by 11.3 percent and LDL “bad” cholesterol levels by 16.5 percent – twice that of the Step I diet, without any associated weight gain. Research conducted by Dr. Ronald Eitenmiller at the University of Georgia has also confirmed that pecans contain plant sterols, which are known for their cholesterol-lowering ability. The U.S. Food and Drug Administration (FDA) has acknowledged this and related research and approved the following qualified health claim: “Scientific evidence suggests, but does not prove, that eating 1.5 ounces per day of most nuts, such as pecans, as part of a diet low in saturated fat and cholesterol, may reduce the risk of heart disease.”

A review of pecan and other nut research, published in the American Journal of Clinical Nutrition (September 2003), suggests that nuts like pecans may aid in weight loss and maintenance. The review cited studies indicating that nut consumption may increase metabolic rates and enhance satiety. When used in conjunction with a healthy low-fat diet, nuts also offer increased flavor, palatability and texture that can lead to greater dietary compliance, according to the review.
A one-ounce serving of pecans (approximately 20 halves) contains 196 calories, 20.4 grams total fat (1.8 saturated fat), 0 mg cholesterol, 0 grams sodium, 2.7 grams dietary fiber and over 19 vitamins and minerals including vitamin A, vitamin E, calcium, potassium and zinc.

Pecans are also a good source of oleic acid, vitamin B1, thiamin, magnesium and protein.

Nearly 60 percent of the fats in pecans are monounsaturated and another 30 percent are polyunsaturated, leaving very little saturated fat in pecans. The unsaturated fat in pecans is heart-healthy fat meeting the new Dietary Guidelines that recommend Americans keep intake between 20 and 35 percent of calories, with most fats coming from heart-healthy sources like fish, nuts and vegetable oils. In addition, pecans contain no trans fat. 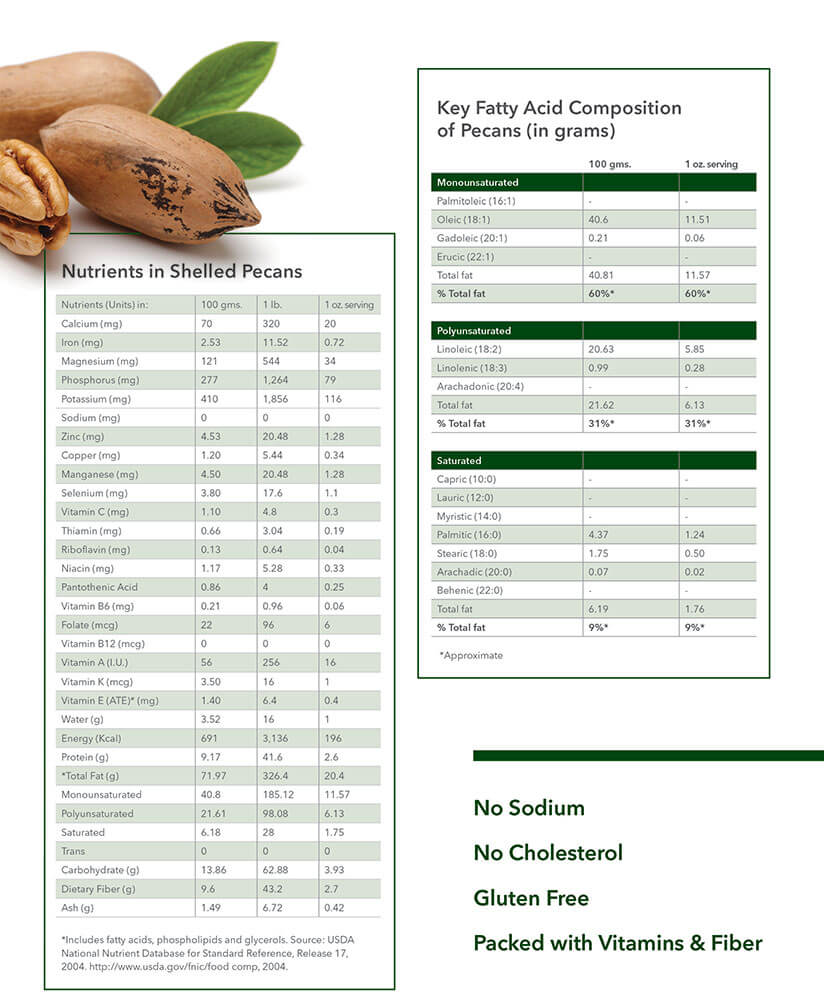 Pecans contain more than 19 vitamins and minerals – including vitamin A, vitamin E, folic acid, calcium, magnesium, phosphorus, potassium, several B vitamins and zinc. One ounce of pecans provides 10 percent of the recommended Daily Value for fiber. Pecans are also a natural, high-quality source of protein that contain very few carbohydrates and no cholesterol. Pecans are also naturally sodium-free, making them an excellent choice for those on a salt- or sodium-restricted diet.

Enjoy pecans in these Favorite GPGA Recipes! Click on each photo for Recipe details. 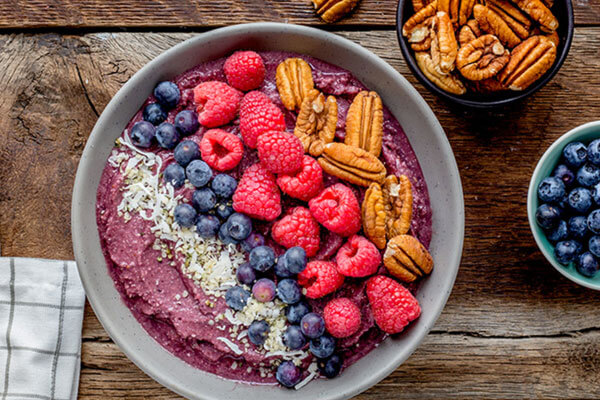 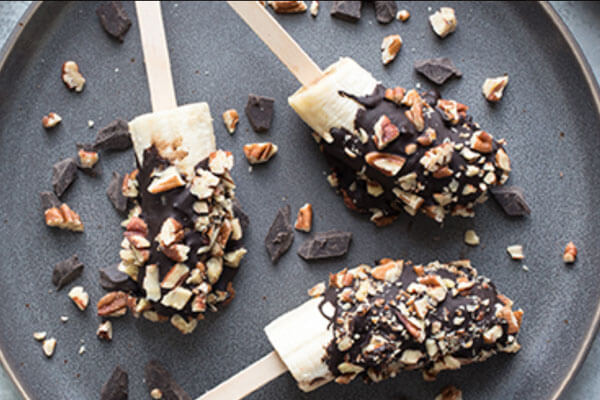 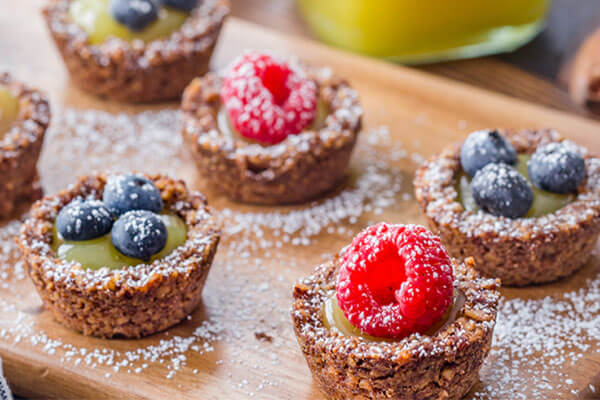 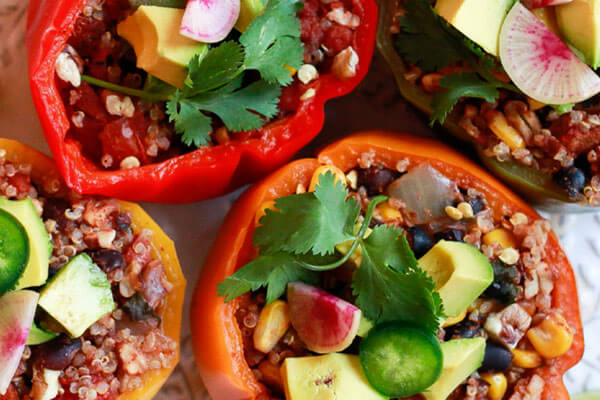 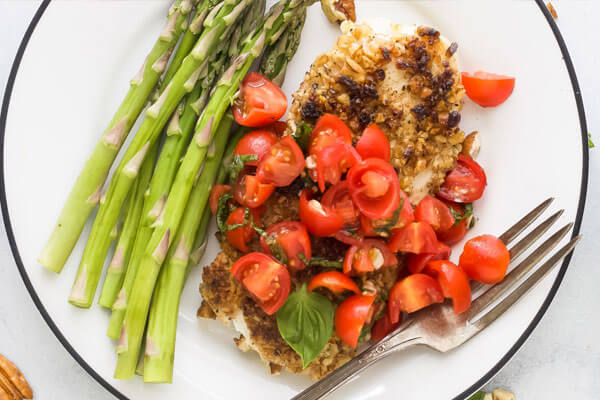 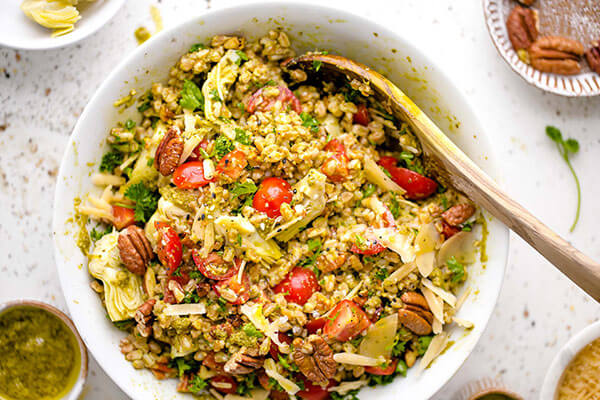 Farro with Pesto, Tomatoes and Pecans

"The unique mix of unsaturated fats, plant sterols, fiber and flavonoids all add up to make pecans a superfood for your heart." 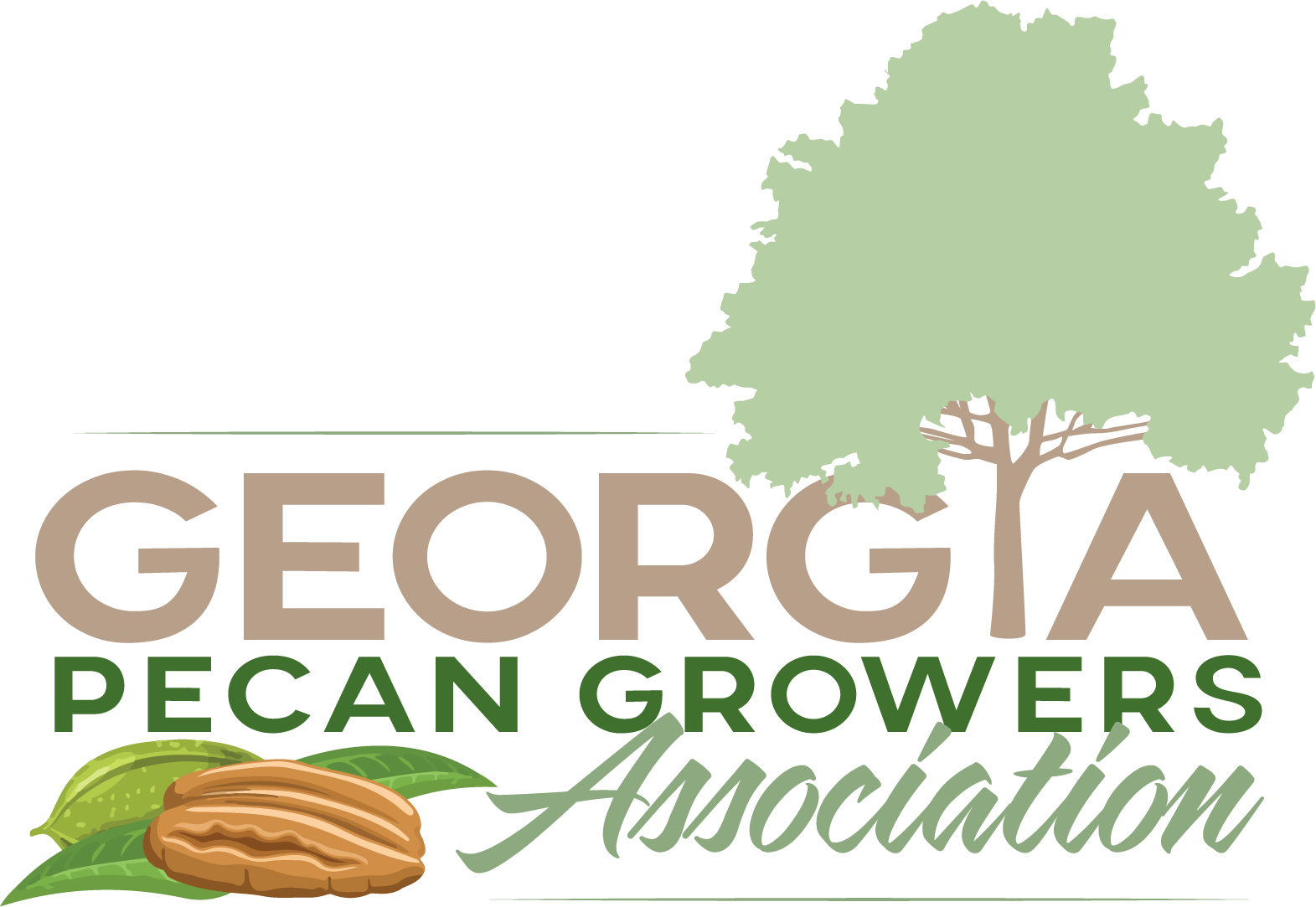 We would love to hear from you. Please click the link below to email us today!
Email Us